The difference between creamer (non-dairy creamer) and milk powder 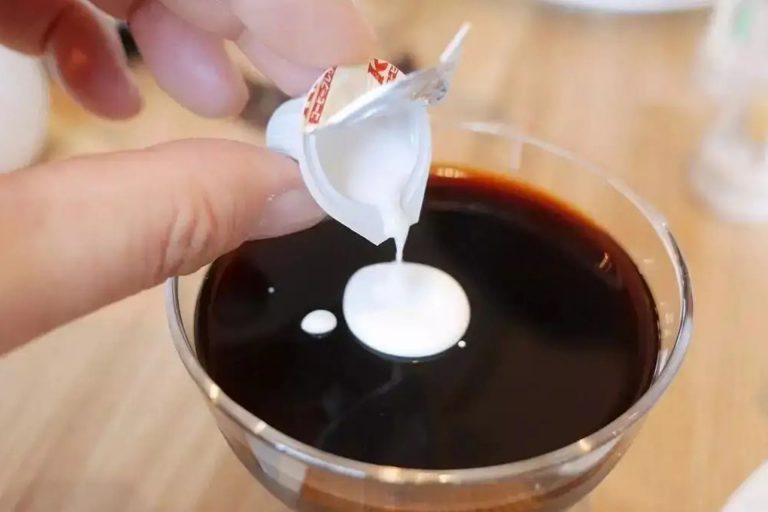 Milk powder is directly spray-dried from natural fresh milk. As a natural agricultural and livestock product, it has a certain standard ratio and is not allowed to add any other things (except flavored milk powder and functional milk powder). “Creamer” is a general term for many products used in coffee, and more refers to the artificially prepared non-dairy creamer. When milk or milk powder is used on coffee, its purpose is to whiten, thicken, smoothen, and neutralize bitterness, it is a kind of “cream”. However, the non-dairy creamer used for the same coffee purpose is also a kind of “cream”, but it can be customized. There is no certain standard ratio. It is mainly made of hydrogenated vegetable oil, sugar and casein. , supplemented with emulsifiers, stabilizers, flavors, and pigments. The non-dairy creamer for general coffee use is much lower in nutritional value than milk powder, but there are also non-hydrogenated non-dairy creamer that is rich in flax. Unsaturated fatty acids such as acid.

Non-dairy creamers for general coffee use are made to meet the above criteria. Adding casein is used to encapsulate fat globules instead of providing nutrition. Generally, 30% of fat requires only about 2-4% of casein. Generally, non-dairy creamer manufacturers advertise more functions and applications in product catalogs, and will never make claims that nutrition or can replace milk powder. As the vast majority of non-dairy creamers are used in the category of leisure drinks and non-staple foods, it is not suitable to use nutrition as a standard to test it, just as it is a truth to use nutritional standards to test candy and cola.

The name of “cream” has its historical origin. Cream in English is cream. Milk, condensed milk, milk powder, and fresh cream added to coffee are all called creamer, and plant-based milk and non-dairy creamer are all called non. -dairy creamer, or just creamer. Therefore, creamer “creamer” is a general term, and it does not necessarily have to be milk or milk ingredients. At best, it is a subdivision of “animal creamer” and “plant creamer”.

The literal requirement must contain milk in order to use the word “milk” in the name, which is too picky. “Coconut milk” also emphasizes 100% original juice without milk powder, and the famous Sichuan dish “Fish-flavored eggplant” also contains A community without fish and no flowers is also named “XX Garden”. Only a few unscrupulous businessmen who directly repackage plant-based creamer as milk powder are deceiving.

In the production process of creamer, oil with a high melting point is used, and the shape and taste of the finished product are better. The fat in vegetable oil is mainly unsaturated fatty acid, so the melting point is low and it is liquid at room temperature. And through catalytic reaction, hydrogenation on some unsaturated bonds to saturate it can increase the melting point of vegetable oil, thereby increasing the stability of the oil and the application performance in food processing. Hydrogenated oil is just good for the production of creamer, so it was widely used, and the name “non-dairy creamer” came from this.

After all, producing creamer this way only requires the oil to have a high enough melting point, not just hydrogenated oils. In fact, ordinary vegetable oil can also make qualified products. The creamer produced may not use hydrogenated oil at all.