Research Progress on Affect of Benzoic Acid to Human Health 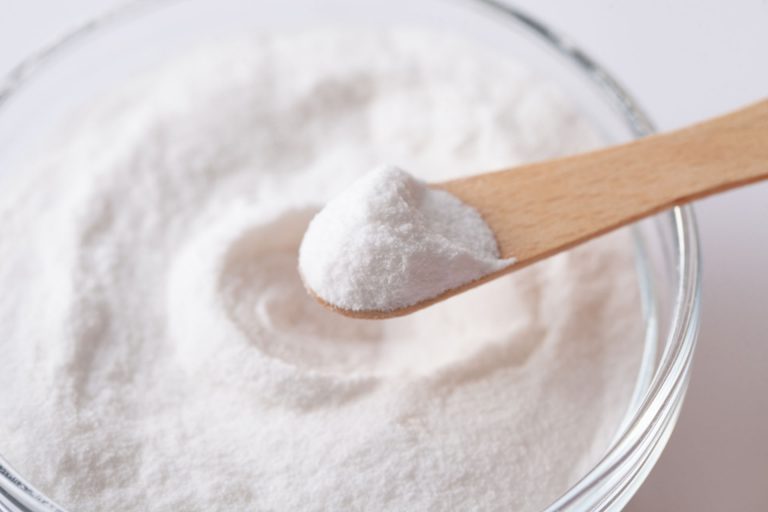 Benzoic acid (AR-COOH), also known as benzoic acid, is the simplest aromatic acid in which the carboxyl group and the carbon atom of the benzene ring are connected. Benzoic acid is a glossy, white monoclinic flake or needle-like crystal. The melting point is 122.13°C, the boiling point is 249°C, and the relative density is 1.2659 (4°C). Insoluble in water at room temperature, soluble in ethanol, chloroform and non-volatile oil. It is volatile in hot air, sublimes rapidly at 100°C, and its vapor is highly irritating, which can easily cause coughing after inhalation. Benzoic acid is widely used in the fields of medicine, food, dye and chemical industry, and is an important organic synthesis intermediate. Benzoic acid is present in many Chinese medicinal materials such as cranberries, prunes, cinnamon, cloves, peaches, plums, strawberries and apples, as well as in many Chinese medicinal materials such as tribulus terrestris, white peony root, isatis root and red bud spurge. Benzoic acid and its derivatives are also commonly found in In many natural plants, it is a secondary metabolite of plants and has important physiological roles, such as plant defenders and hormone regulators. The content of free benzoic acid in the ripe fruits of some bilberry plants (cranberry, bilberry, bilberry and bilberry) is as high as 300 mg/kg to 1 300 mg/kg, and benzoic acid in food is mostly used as a microorganism. Products of metabolism are present, such as dairy products.

Benzoic acid is a broad-spectrum antimicrobial agent, which has a good antibacterial effect on yeast, mold and some bacteria. Benzoic acid at a concentration of 0.1% can reduce spore germination by 33% to 55% and inhibit spore germination by 54% to 97%. Mycelium growth; and 1% benzoic acid, its effect can reach 74% to 85% and 97% to 100%, respectively. Some scholars pointed out that with the decrease of pH value, the bacteriostatic effect of sodium benzoate solution is greater, its optimum bacteriostatic pH is 2.5-4.0, and the minimum bacteriostatic concentration is 0.015%-0.1%. When pH>5, the content of undissociated acid in the solution is very small, and there is basically no anti-corruption effect at this time. Therefore, benzoic acid and its sodium salt are often used in the preservation and preservation of acidic foods such as highly acidic fruits, berries, juices, jams, mustard and soy sauce. Benzoic acid can also be used as a rust inhibitor for steel, a modifier for alkyd resin and a mordant for dyeing, etc. It is also a raw material for synthesizing nylon and polyester fibers. There are more than 10 benzoic acid production enterprises in my country, with an annual output of 100,000 tons of commercial benzoic acid. With the continuous adjustment of my country’s industrial structure, the demand for industrial-grade benzoic acid tends to be saturated, but some studies have shown that pharmaceutical-grade and feed-grade benzoic acid The demand for formic acid is gradually rising.

Benzoic acid and its salts such as sodium or ammonium benzoate, its derivatives such as methyl p-hydroxybenzoic acid and propyl p-hydroxybenzoic acid are commonly used chemical preservatives, of which benzoic acid is the main preservative ingredient, and its Salts only have a preservative effect when they are converted to undissociated benzoic acid in an acidic environment. As the number of branches in benzoic acid increases, its preservative power increases, so there is a growing trend to use parabens as preservatives. In the past few years, research has gradually paid attention to the toxicological effects of sodium benzoate. Japan and the European Union have gradually reduced the scope of application of sodium benzoate and actively sought alternatives. Sodium benzoate can interfere with the permeability of mold and bacterial cell membranes, hinder the absorption of amino acids, consume alkali storage in cells, inhibit the activity of respiratory enzymes, and has a strong inhibitory effect on the binding reaction of acetyl-CoA. Bacteria are inhibited. In the late 1980s, benzoic acid and its sodium salts were also used to treat congenital nitrogen metabolism disorders, with an adult daily dosage of up to 10g.

2. The absorption and metabolism of benzoic acid

Benzoic acid is mainly metabolized in the liver. Some scholars have suggested that this process may lead to pathological changes in the liver. Therefore, people with liver function defects or weakness should not eat more benzoic acid-containing foods. After humans ingest benzoic acid, it is quickly absorbed by the body in the small intestine, and most of it is combined with glycine to form hippuric acid (glycine benzoyl). The reaction process is: