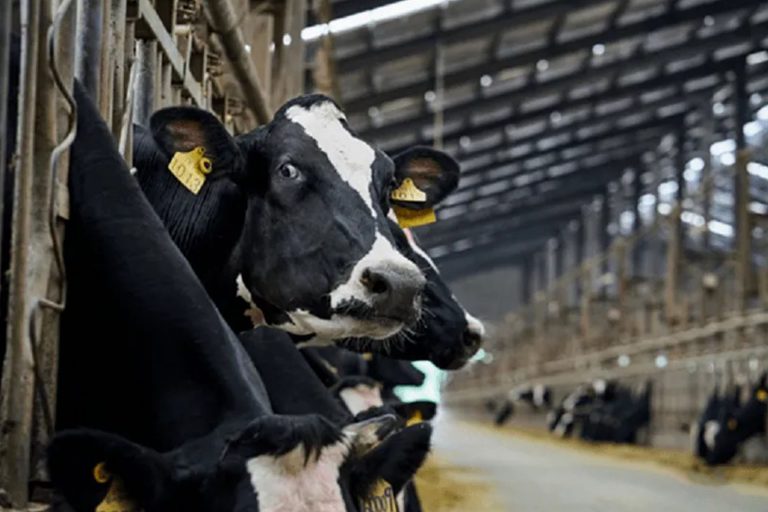 Deficiencies of propionic acid and calcium are likely to occur in dairy cows after calving, which can easily lead to milk fever, resulting in decreased milk production and feed intake. Milk fever, also known as postpartum paralysis, is mainly caused by a large decrease in blood calcium levels in dairy cows after giving birth. It is a common nutritional metabolic disease in perinatal dairy cows. The direct cause is that due to the beginning of lactation, intestinal absorption and bone calcium mobilization cannot If the loss of blood calcium is replenished in time, a large amount of blood calcium is secreted into the milk, resulting in a decrease in the blood calcium level and causing postpartum paralysis of dairy cows. Milk fever occurs mostly in high-yielding multiparous dairy cows, and the incidence increases with the increase in parity and lactation capacity of dairy cows.

Both clinical and subclinical milk fever reduce cow productivity, increase the incidence of other postpartum diseases, reduce reproductive performance, and increase mortality. Improving bone calcium mobilization and gastrointestinal calcium absorption is an important measure to prevent milk fever through various measures from the prenatal period to before and after calving. Among them, low-calcium diets and anionic diets in the perinatal period (diets that cause acidity in blood and urine) and calcium supplementation after calving are common methods to reduce the occurrence of milk fever.

Blood calcium level monitoring is the most basic method for the diagnosis of milk fever:

The pathogenesis of milk fever:

An adult cow contains about 10kg of calcium, more than 98% of the calcium is present in the bones, and the remaining small amount is present in the blood and other tissues. The appetite and digestive function of dairy cows before and after childbirth will be reduced, and lactation will also lead to a large loss of blood calcium in dairy cows.

The occurrence of milk fever in dairy cows is not necessarily caused by insufficient calcium supply in the diet, but may be caused by the failure of dairy cows to quickly adapt to the demand for large amounts of calcium (initiating the release of bone calcium into the blood) during calving. The main reason is that the sodium and potassium ions in the diet are too high, and the magnesium ions are insufficient. In addition, the high phosphorus content in the diet will also affect the absorption of calcium, resulting in low blood calcium, but no matter what the cause, the blood calcium is too low. , can be improved by postpartum calcium supplementation.

Symptoms and hazards of milk fever:

(Liang et al.) estimated that the loss of clinical milk fever per multiparous cow was (246.23 ± 52.25) dollars, and the death loss of milk fever was among the seven major postpartum diseases of dairy cows (hypocalcemia, true gastric Lateral displacement, metritis, mastitis, lameness, ketosis, retained placenta) the most. Milk fever increases the incidence of ketosis in dairy cows, and (Rodriguez et al.) found that milk fever cows were 5.5 times more likely to develop ketosis than normal cows. In addition, milk fever can also cause a decline in the reproductive performance of dairy cows and an increase in the incidence of true stomach displacement.

The role of calcium propionate: