Application and use method of soybean protein isolate in meat products 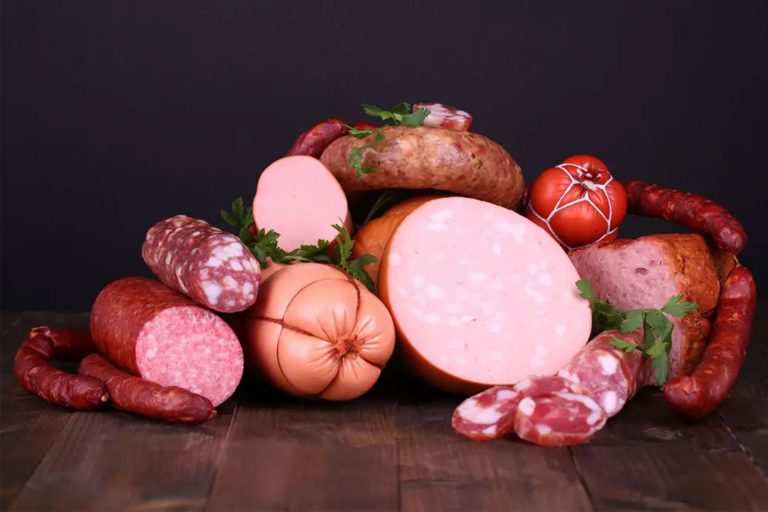 Soybean is one of the main crops in my country. It can not only be used to extract edible oil, but also rich in soybean protein, which is an important source of vegetable protein. There are many types of soy protein commonly used in food processing, such as soy protein isolate, soy protein concentrate, and soy tissue protein. Among them, soybean protein isolate (SPI) is a full-value protein produced from defatted soybean meal under low temperature conditions, with a protein content of more than 90%. SPI is cholesterol-free, nutrient-rich, inexpensive and easy to obtain. , Containing the characteristics of various amino acids required by the human body, it can be used as an animal protein substitute in the food industry, and has great development potential.

The production process and technology of soybean protein isolate abroad have developed rapidly. From extraction method to modification method, a series of formulation technologies have been formed. According to the application field and product performance of the product, the extraction method and modification method are different. The products produced from this are widely suitable for different needs in the fields of meat, dairy products, light chemical industry, etc., and truly reflect the high nutrition and high value-added characteristics of soybean protein.

However, natural SPI is difficult to meet the requirements of food industry production. SPI is easily denatured under some extreme conditions, and the denatured protein will further form water-insoluble aggregates or even precipitate, resulting in poor solubility.

SPI can form a mixed gel with myofibrillar pro-tein (MP) in meat at a certain temperature. Studies have shown that mixing natural SPI with meat products will reduce the gelatinity of the finished product. In the production of the product, the central temperature is around 70 °C. The 7S and 11S proteins, as the two most important proteins in the SPI, have not been denatured at this temperature. At this time, the MP has reached the denaturation temperature, and the gel begins to form. The gel formation process The need to continuously absorb water in SPI resulted in not only loose structure but also poor elasticity of the composite gel, which limited the ability of SPI to improve the texture-related properties of MP gels. Modification of SPI can improve its functional properties and expand its application range in the production and processing of meat products.

Water holding capacity is an important indicator to detect the quality of meat products in the production and processing, because the three-dimensional network structure of the protein can lock the water in the muscle tissue, and the hydrophilicity of the polar groups on the SPI peptide chain can be used in the production of meat products. The juice of the meat is preserved in the medium, which improves the quality and productivity of the meat product.

Ma Yuxiang et al. made a mixed gel of SPI and salt-soluble muscle protein. After high temperature treatment of SPI, the ultrastructure of the composite gel became rough but the water holding capacity was significantly improved. The low-field NMR technique can study the water distribution of the mixed protein. The water loss rate of the minced meat gel after adding modified SPI and carrageenan decreased, and the water holding capacity of the mixed gel was improved.

In a high pressure or high temperature environment, the myofibrillar protein molecules are first denatured, and then aggregated into a network structure, and water and fat are encapsulated, which is the process of gel formation. In the process of myofibrillar protein gelation, cross-linked and mixed proteins can only form non-elastic protein particles. Only when the proteins are connected in an orderly manner can the formed gel be elastic.

After pork is slaughtered, excessive air oxidation will enlarge the pores of the gel, resulting in a decrease in gel strength and a decrease in pork water holding capacity. SPI can form a gel when heated, so SPI is often added to meat products to improve the gelatinity of meat products.

Scientist added SPI after high temperature treatment at 90 ℃ to myofibrillar protein. The results showed that SPI can be modified to improve the hydrophobic force. After mixing with myofibrillar protein, it can significantly enhance the elasticity and stiffness of the mixed protein gel. , the unmodified SPI will reduce the gel strength.

Scientist studied the effect of high pressure on the physicochemical properties of low-sodium pork minced by the combination of SPI and potassium chloride. With the increase of pressure level, the hardness, elasticity and cooking loss rate of pork minced increased significantly, reaching the highest at 200 MPa, and 200 MPa could Improve the quality of low-sodium ground pork products.

Scientist treated mixed gels of SPI and myofibrillar proteins with extreme pH values of pH 12 and pH 1.5, and found that the hardness was similar to that of gels with added transglutaminase, and significantly higher than that of heat-treated mixed gels .

Scientist compounded the glycosylated SPI with myofibrillar protein in different proportions. The results showed that the gel hardness and elasticity of the glycosylated mixed protein were significantly higher than those of the natural SPI mixed protein, and the microstructure was also better. Uniform and dense, but the whiteness value decreased.

Scientist treated SPI with high temperature and transglutaminase and then prepared mixed protein gel with MP. The results showed that transglutaminase could promote the cross-linking of SPI and MP to form a polymer, which was beneficial to improve the elasticity of the mixed gel.

Scientist studied the two methods of enzymatic hydrolysis and enzymatic cross-linking to treat SPI together and added it to the meat. After heating, a dense gel network can be formed, and the hardness, recovery and chewiness of the product are significantly increased.

Meat patties, meat balls and surimi products are all minced meat products. The combination of lean meat and fat meat to form a stable meat surimi is the key to determining its production quality. Because of its good water and oil absorption, SPI can combine lean and fat meat to improve nutritional value and product yield. Zhou Yang et al. added egg white powder and soybean protein isolate powder during the production of fish balls. SPI can significantly enhance the gel strength of fish balls and improve the quality of fish balls. Li et al. studied the color, emulsification stability and rheology of pork minced pork after high pressure treatment of soybean protein isolate. The results showed that SPI after high pressure treatment could improve the emulsification properties of pork minced.

Emulsified meat products mainly refer to sausages, hams, etc. SPI can form a stable emulsified system with salt-soluble proteins in meat, especially myofibrillar proteins. The excellent emulsifying properties of SPI can prevent the oil exudation caused by the accumulation of fat in the minced meat, improve the oil retention of meat products, and impart high-quality taste and flavor to emulsified sausages and other products. Paglarini et al. used ultrasonically modified SPI, carrageenan and inulin as raw materials to prepare Frankfurt sausages. The results showed that the modified SPI could reduce animal fat intake and improve the taste of the product.

SPI is often used as a raw material to replace animal protein because of its good emulsifying and gelling properties. Through extrusion and other processes, protein, fat and carbohydrates undergo complex changes under the combined action of multiple factors, so that the taste and flavor of natural meat can be imitated. Because of its high nutritional value and unique flavor, it is very popular among vegetarians. Mo Chongwen studied the use of molecular recombination technology to structure soybean protein. The results show that the protein can have a lean fibrous tissue structure, and the imitation meat food made has good taste and a shelf life of more than 6 months.

03. How to use soy protein isolate

Soy protein isolate has been widely accepted by most manufacturers in various combined use methods, especially the chopper method is the most popular, mainly because of its multiple functions and the flexibility of the manufacturing process. Now on its application, compare the advantages and disadvantages of the following application methods.

First, use 4 times of water for soybean protein isolate, emulsify it at high speed with a chopper and mix it for later use, and then add it together with lean meat according to the required amount. The other steps are the same as the above rehydration method. The library is ready for use. Although the isolated protein can be stored in the refrigerator for 2 to 3 days, it is prone to rancidity and bacteria growth. It is recommended to use it up as soon as possible.

Small pieces of meat no more than 6 cm can be added with soy protein isolate by tumbling, and for some larger meat products, the modified SPI can be dissolved in brine, and then the solution can be injected into the meat. In the block, the marinating liquid can be evenly dispersed in the meat block, shortening the marinating time and improving the product yield.

This method is simple to use. First add the protein isolate to the lean meat, chop and mix a little, add 4 times water, chop and mix for 1-2 minutes, then add polyphosphate, ice water and salt, continue to chop and mix for 2 minutes, the steps Same as above. However, there is also a method of directly adding dry matter such as protein isolate and starch to the final chopping. This method is convenient, but because the soybean protein isolate has not been completely rehydrated and its function has not been fully exerted, the product will be softer under the same formula, and the water absorption and oil retention will be poor, so this method is not recommended. . Another example: adding soy protein isolate and lean meat together, but without rehydration, this effect can not properly rehydrate soy protein isolate, but also affects the extraction of salt-soluble protein, and the manufactured product will be softer. Therefore, the rehydration and addition steps also affect the quality of the final product.